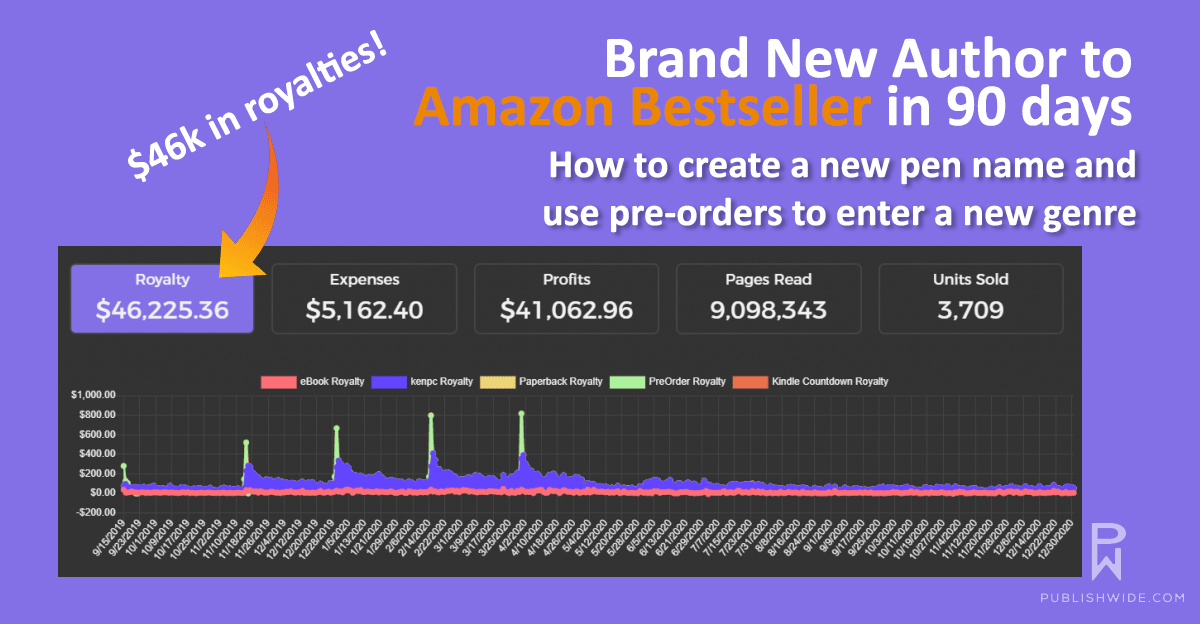 Have you ever wanted to figure out whether a book will get sales before you actually write it? Read on to learn how pre-orders can be used as a painted door test to do just that

I’ve been a full time self-published author since 2012. From 2015 to 2018, I carved out a nice niche writing motorcycle romances with great success. But starting in 2019,  I noticed that my income was slipping dangerously low.

I knew I needed to make some changes to keep up with the times, and that it was time to pivot into another subgenre if I wanted to continue doing this for a living.

Right away, I knew that I couldn’t just branch into a new subgenre by using my existing pen name for one main reason:

My old pen name’s long-term fans were dedicated motorcycle romance readers. Even if they accepted my pivot to a new subgenre, their prior purchase histories would inevitably pollute and confuse Amazon’s recommendation algorithm. This would doom my rebranding efforts before it even began.

This meant that I had to launch a brand new pen name, and launch it fast.

So in the summer of 2019, I set out on a new journey to launch a new pen name using techniques that I picked up in my years of self-publishing. What started as a basic branching out effort resulted in the launch of a bestselling pen name in just 90 days.

In this post, I’ll take you step by step through my process so that you can replicate my results. I’ll also talk about some of the insights I gained through this experience.

I did some basic market research on what the current popular genres were. This is where I discovered the genre of “bully romance” – itself a more hyper-focused subgenre of the dark romance genre.

Not only did this genre have a voracious reader base, but I noticed that there didn’t seem to be nearly enough books to cater to the number of readers.

So I dove a little deeper and looked at the bestselling bully romances more closely. I downloaded some bestsellers to get a feel for the tropes, looked at the covers for common elements, and wrote several different blurbs so that it highlighted the same elements as other bestsellers.

But it’s what I did next that was different than my usual approach:

I took a leap of faith–assuming that what was currently popular will remain popular for at least three more months–and created a pre-order for my upcoming release: New Girl 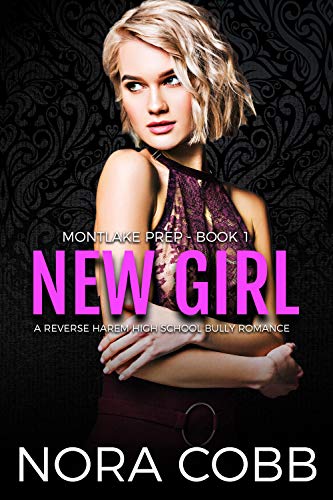 Now, mind you, at this moment in time, the only thing New Girl had was a cover, a blurb, and nothing else, not even an outline much less any actual content.

In order to give myself enough time to gauge reader interest and also produce the book, I set the pre-order for the maximum allowed time on Amazon, which at the time was 90 days. Amazon has since lifted this restriction, and you can set pre orders a year ahead of time.

Within the first 30 days, I was getting around 3-5 pre-orders per day on a book that received zero advertisement and zero awareness campaigns. Right away, I knew I had something on my hands that the readers wanted. 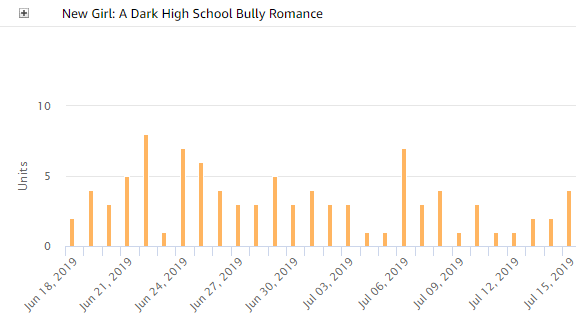 From there, it took about 45 days to completely produce the book (writing, editing, proofreading, and recruiting a review team for the pen name). By the time everything was ready to go, I still had 15 days left until the official launch date – enough time to write a bonus epilogue that would serve as a lead magnet for the pen name’s mailing list.

When the book launched, it quickly rocketed to the Top 100 within its category, buoyed by the large number of pre-orders as well as the enthusiastic reviews left by my review team.

Based on this data, I immediately set up a pre-order link for a sequel–Outcast–which would be released 2 months later in November.

Upon release, Outcast did even better than New Girl. For several days, it outranked Romance author extraordinaire LJ Shen’s Pretty Reckless in before slowly coming back down in the later weeks:

I had a winner on my hands, so I did what any enterprising author should do:

Strike while the iron is hot.

In September of 2020, I launched a follow up sequel series, and in the five months since launch, the sequel series is on track for similar levels of success.

So what were some of the insights that I gained from this experiment?

It’s undeniable that the self-publishing marketplace has become more regimented and structured since its inception in 2009. However, it is by no means impossible for a brand new author to launch their career.

The first thing that you should do when launching a new pen name is to do good market research and gauge potential audience interest.

Once you create something that converts well, you must also resist the temptation to rest on your laurels. You must immediately set out to produce a lead magnet at the very least to generate enthusiasm, and plan for a sequel to ensure that you can generate long-tail income from your first book.

This leads me to my next insight – the power of pre orders.

Pre Orders are the Keys to Success

None of this would have been possible were it not for the strategic use of pre orders to gauge reader interest.

One of the best things about pre orders is that it is by far the lowest kind of commitment you can make as an author. You just need a cover and a blurb – both of which can be produced in a single day if you’re diligent.

The amount of work you’ll invest at this point is low, which maximizes your risk-reward-ratio.

As long as its cover and blurb are appropriate to its genre, a pre order is an excellent way to gauge reader interest because it provides you with immediate feedback on the viability of a book without the book even being written.

If my book with an on-brand cover and blurb is getting very few pre orders (e.g. 1 every other day or so), then I can safely draw a couple of different conclusions:

In that case, I can put together a short book relatively quickly, upload it, and abandon the pen name. My losses will be minimal, but I will have gained real-world data that help me determine my next move.

If, on the other hand, the pre-order volume is high, then I can feel much more comfortable and confident about expending more resources to have a well-polished book ready to go on release day, as well as prep for a longer series if necessary.

Effectively, what I have done with the pre orders is turn them into a Painted Door Test – which I talked about in another post – and use that test to drive my decisions.

I want to hear from you!

What are some strategies and techniques that you found useful when launching a new pen name?

What are some major pitfalls that you encountered during a pen name launch?