Heads Up: AMS KENP Read Data May Be Inaccurate 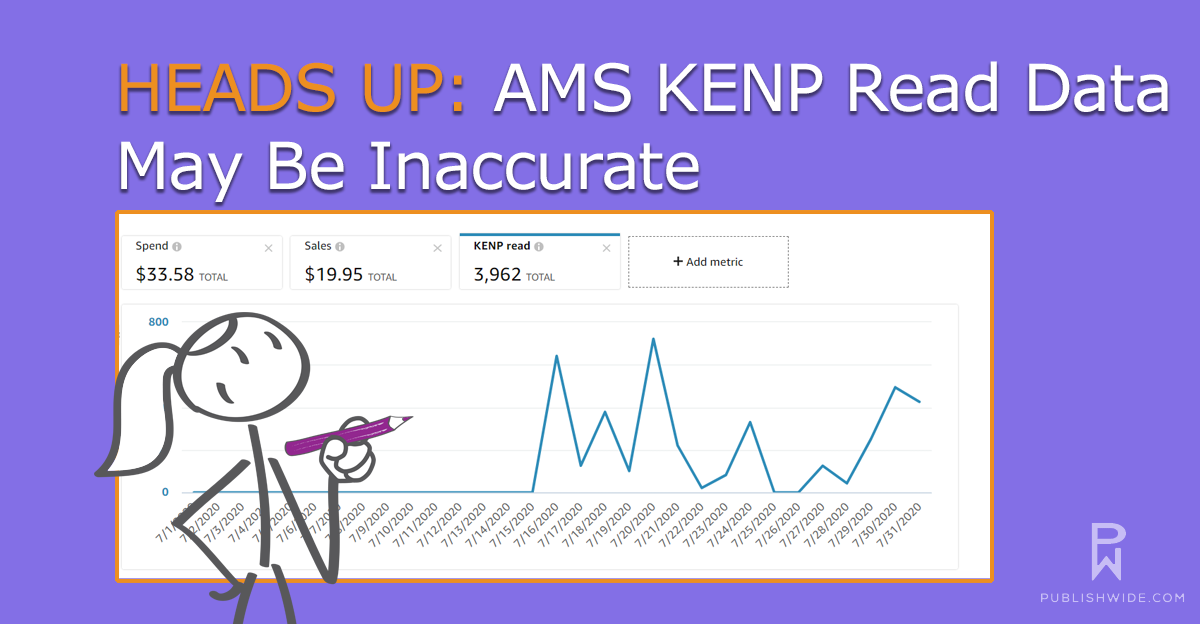 It’s been about half a month since Amazon launched its latest update to show KENP Read on the AMS Dashboard. In that time, we at Publishwide noticed some errors with the data.

Read our previous blog post about the new AMS changes

Namely, we noticed that you may have more KENP Read on AMS than on KDP.

How We Found This Error

We first noticed this error from Amazon at Publishwide when we were integrating thenew AMS data into our dashboard. Specifically, we noticed that on July 16th and July 31st, there were negative KENP read numbers (which shouldn’t be happening) for a single book in the .COM store:

At first, we thought this had been an error on our end.

So we decided to dive a bit deeper into our data. We downloaded this book’s KDP and AMS data in the .COM store. As it turns out: the inaccuracy had come from Amazon!

Here is the same data in table form:

So our next question was: why was this number different?

While there hasn’t been any specific information from Amazon yet about why your AMS KENP Read might be different from your KDP KENP Read, we do have some guesses:

It’s possible that KDP and AMS tracks your Page Reads differently by virtue of how they track sales.

This difference in how each platform tracks page reads may have played a part. Here’s an example:

The second–and far more likely–possibility is that because KENP Read is a new metric on AMS, Amazon is still squashing out any potential bugs within the system. We won’t know for certain if that’s the case, and Amazon certainly is keeping hush about it.

What This Means for You

Ultimately, your numbers still add up correctly, and you will be paid exactly what you have earned by Amazon on payday.

However, we at Publishwide highly encourage you to dive into your own data and see for yourself if your AMS KENP read data contains the same inaccuracies as ours.